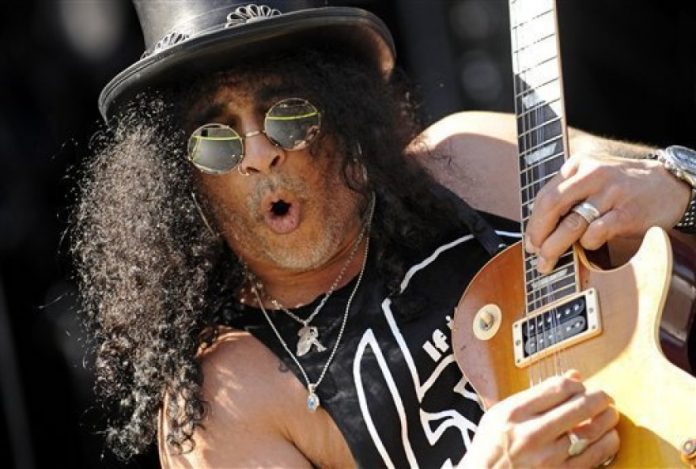 Surely you’ve listened to the guitar solo to the Guns N ‘Roses song November Rain and sighed countless times, right? The creator of such a distinctive sound is the great British-American guitarist Slash (July 23, 1965). Irreverent, multifaceted and with innate talent, Slash net worth and biography will be an interesting walk through the life of one of rock’s greatest living legends. If you are a music fan and consider yourself a rocker, you can’t miss this story! 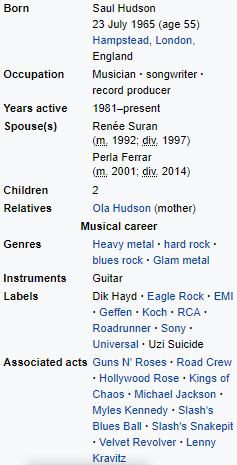 Saul Hudson, better known as Slash, was born on July 23, 1965, in London, England. Slash grew up in a multicultural home with an undeniable closeness to music to a British father and an African-American mother. While his father was a modest album cover designer, his mother, Ola J. Hudson, was a famed costume designer who went on to work with artists such as David Bowie, Ringo Starr, and Diana Ross.

Due to his parents’ work, Slash had contact with music from a very young age. His mother’s fame in the world of design led him to move to the city of Los Angeles as a child, a fact that radically changed his life. While it wasn’t easy, Slash quickly adapted to his new life and began to sharpen his musical ear.

After the separation of his parents in 1974, one of the activities that helped Slash weigh his family breakdown was music. For this reason, in 1979 – after leaving his studies – the young guitarist joined his friend Steven Adler to form, without success, a band. Despite having failed in his musical endeavor, Slash perfected, during that year, his techniques as a guitarist.

Slash achieves his sensational solos and riffs on a Gibson Les Paul guitar. This is considered the most popular and beloved electric guitar model globally because its sounds perfectly combine warmth and density. Slash Net worth is about 92 million. When Slash was just 35 years old, he was diagnosed with heart failure due to his addiction to drugs and alcohol. Because of this, the guitarist had to undergo open-heart surgery.

Slash: the king of the electric guitar

After a couple of years playing with local bands, Slash got the opportunity of a lifetime when In 1985, he joined the hard rock band Guns N ‘Roses with singer Axl Rose and his friend Steven Adler. After months of rehearsals, small presentations throughout Los Angeles and many songs written, the band presented in 1987 their debut album Appetite for Destruction, considered a classic of the rock genre.

From that first album on, Slash’s musical style became the band’s hallmark. With his sharp riffs and a particular skill for the electric guitar, the musician managed to turn songs like Sweet Child o ‘mine and Paradise City into resounding classics of the band, considered by Rolling Stone magazine as famous themes in contemporary rock history.

Beyond Guns and Roses 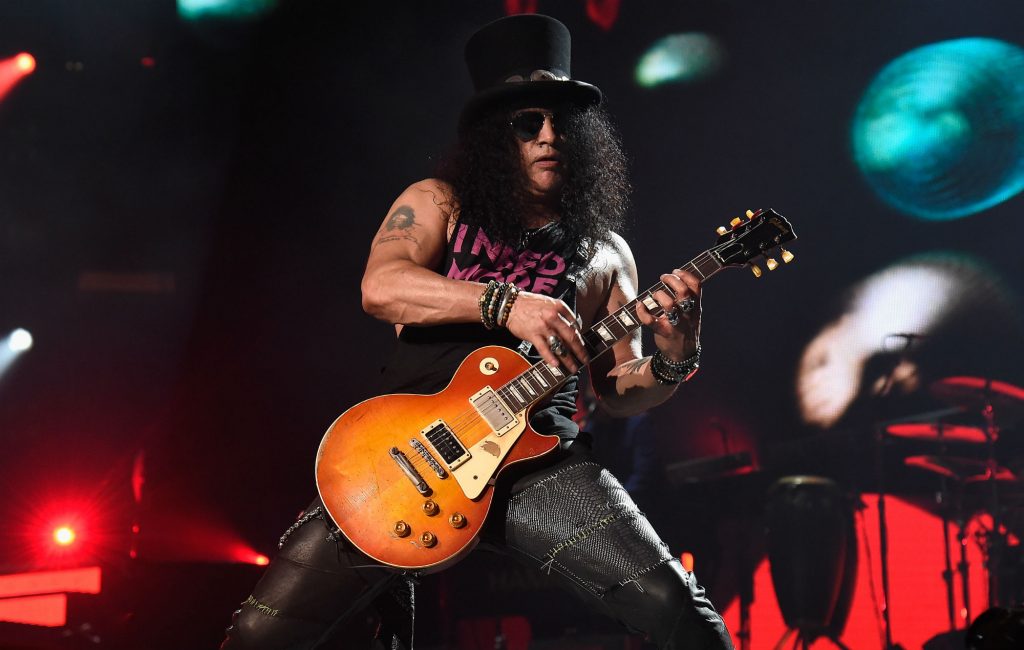 After winning countless awards during the 1990s, generating millions of dollars in profits, and making history alongside one of the most important bands globally, Slash decided to leave his prestigious position as a Guns N ‘Roses guitarist and start new projects in lonely. Thus, the band Slash’s Snakepit was born, with which the musician made the albums. It’s Five O’Clock Somewhere and Ain’t Life Grand.

In 2002, after the failure of his previous band, Slash started a new musical project and created Velvet Revolver. This group maintained a modest activity in the world of rock between 2004 and 2008. At that time, Slash was also an important collaborator musical, having performed guitar solos for artists such as Lenny Kravitz, Michael Jackson, Paulina Rubio and Rihanna.

In 2016, after more than a decade away from the band, Slash returned to Guns N ‘Roses and began a massive tour around the world called Not In This Lifetime Tour. Also, in mid-2018, he published the album Living the Dream, where the guitarist presented a version of the song Boulevard of broken dreams, original by Green Day.

Slash is a member, alongside stars like Ozzy Osbourne and Mick Jagger, of the Rock and Roll Hall of Fame and has appeared on countless charts as one of the best guitarists in the world. Also, and to tell his life beyond rock, the musician presented in 2007 the autobiography entitled Slash, which was a bestseller in several countries.