What to Do in St Malo? Quintessential Corsair City in France 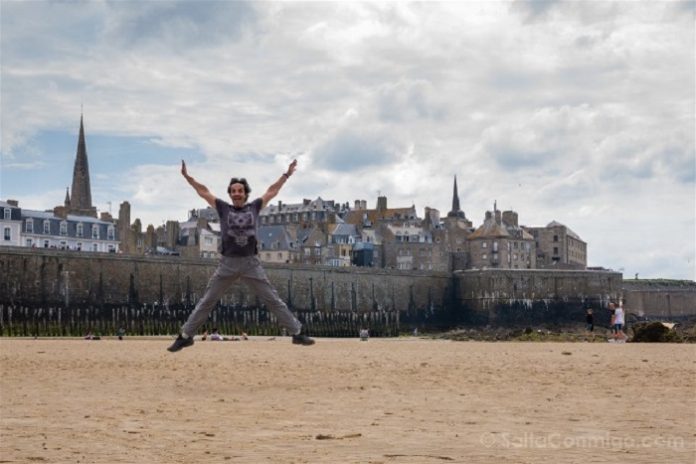 To say that Saint-Malo is a seafaring city is an understatement. This Breton city has existed and exists by and for the sea. Its great tides, the largest in Europe, regulate the rhythm of your life. The wealth that made it prosper at different times always came from the sea. And its history is inevitably linked to the Great Blue. Newfoundland fishermen, shipowners, sailors, discoverers and … corsairs! What to do in st malo? Saint-Malo is the quintessential corsair city in France.

What to do in st malo?

The wall, the forts and the bastions that surround and protect Saint-Malo are its most characteristic features. Come on, you can not stop hitting them face down. After all, a city in such a strategic position, at the entrance of an estuary on the northern coast of France, had to be well protected. It has been since the Middle Ages, although in the historic center only the small Keep of the castle remains to remember it.

After the great fire of 1661, the famous military architect Vauban – yes, it is always him – drew his brand new wall, expanding the terrain of the fortified citadel, and a new line of defense. Later, following his plans, six forts were erected on the nearby islets. Two of them can be visited today when the tide is low: the Fort of the Petit Bé and Fort National. From the latter also called a royal fort. There are beautiful views of the old town of Saint-Malo, with its gray granite houses and its steep two-roofs. A good way to start the city tour. 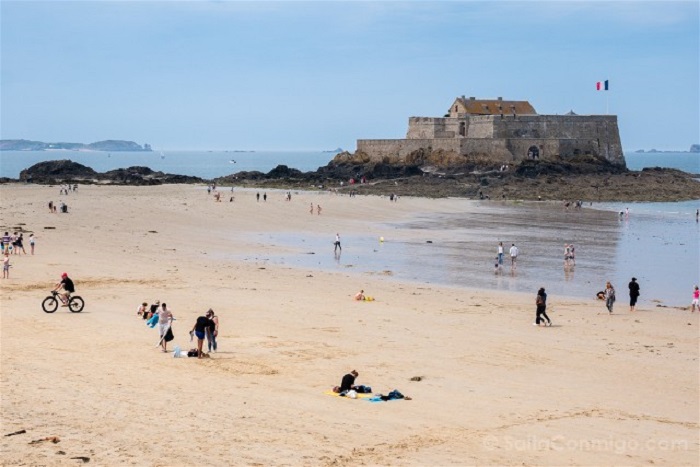 The monumental gates of the wall: saint-vincent and la grand-porte

After visiting one of the forts, it’s time to go to the wall and go through one of its six doors. The most spectacular are two. Of these, the busiest today, due to its position, is the Saint-Vincent gate, from 1708, with its wooden shields of Saint-Malo and Brittany.

The other was the main gate in its day and the oldest that is preserved: the imposing 15th century Grand-Porte. Inside, look at the statue of the Virgin, also from the 15th century – well, it’s a copy, the original is in the cathedral – considered protector of Saint-Malo.

The castle: fortress of france and brittany

If you have entered through the Saint-Vincent gate, you will have next to it the large – large for the dimensions of the old town – Place Chateaubriand. This is where the imposing castle of the city is located, flanked by its four towers, symbol of the power of the Dukes of Brittany first and the kings of France later. It is of late medieval origin –15th century– although it was “retouched” by Vauban. Now there are the town hall of Saint-Malo and the Museum of History of the city.

The Saint-Malo castle was not built to protect itself from outside attacks by possible conquerors, but rather from the interiors launched by rebels. Why? Because the citizens of Saint-Malo have always had that “rebellious” and independent spirit, both under Breton and French rule. Proof of this is the name of its most famous tower, Quic-en-Groigne, from the phrase of the Duchess Anne of Brittany ” Qui qu’en groigne, ainsi sera, car tel est mon bon plaisir”, that is “the one who He growls, so be it, for such is my pleasure. Referring to the inhabitants of Saint-Malo, of course …

Walking the camino de ronda: an essential to do in saint-malo

Next to the castle is the access to the Ronda path, with its 1,754 meters of route and its beautiful views towards the bastions, the old town, the forts and the sea. You will have one of the best from the Bidouane tower, but you should not stop going all the way around.

Flanking the path are the statues of the great corsairs of Saint-Malo, such as René Duguay-Trouin or Robert Surcouf – it was where “we met them”. Or explorers like Jacques Cartier, the discoverer of Canada on a journey in search of a passage in the Newfoundland region to China in 1534.

The round walk ends at the Grand-Porte, from where our walk through the city began. The old town is quite small, so we covered practically all its streets.

According to the audio guide, there are 182 of the 865 houses left before the Allied bombings. 60% of the buildings were completely razed and 20% severely damaged. Still, rebuilding has worked miracles: you will practically not notice the difference.

You can go looking for some of the original buildings. Like the Saint-Aaron chapel, from the 17th century, at the highest point of the old town, in the place where, according to tradition, the same saint built the first hermitage. Or the Hôtel André Désilles, also from the 17th century, today the municipal library. Or the few half-timbered houses that survived the 1661 fire on rue Pélicot. Nearby is the Maison Internationale des Poètes et des Ecrivains, also built-in wood reusing materials from ships.

The courtyard of the Chateaubriand birthplace is another of the remaining examples of wooden construction. From there, you can return to the castle square and meet Chateaubriand again. Well, with his statue.