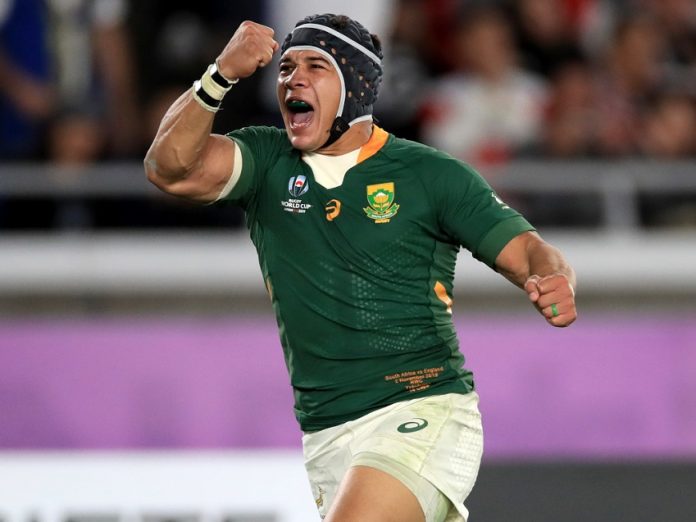 It’s probably fair to say that the quality of job transfers does vary in life. Indeed, packing up and heading for a new role in one’s chosen career does not always mean heading to the most idyllic places in the world. We all know people who have been shipped off to industrial wastelands, grotty city centers, or left behind in seaside towns. At the end of the day, very little is guaranteed when we answer work’s call and up sticks.
There are some though, who seem to have all the luck when it comes to being situated in some of the picturesque places in the world for work, South African rugby player Cheslin Kolbe is one of them. Although calling it luck is not entirely fair given that Kolbe has earned the right to live in some of the globe’s most blissful cities thanks to his wizardry on the rugby field.

It is absolutely phenomenal from Cheslin Kolbe as Lukhanyo Am goes over for South Africa ‘A’! 🏉pic.twitter.com/VLURnRu0Jk

Kolbe of course started out with Western Province, which means that he got to call Cape Town his home for the first few years of his professional career. If you’re unsure of what Cape Town has to offer then consider for a minute that it was voted by the Telegraph’s well-heeled readership as the best city in the world for the seventh year in a row in 2019. Now, we can probably all agree that when it comes to having the authoritative voice on what’s hot and what’s not around the globe, the Telegraph readers probably do have a leg to stand on in this respect. Safe to say, Kolbe would have enjoyed his time in the Cape but he was to be given his breakthrough in 2017 when Toulouse offered him a contract.

Indeed, Kolbe would swap Cape Town for Toulouse in the Midi-Pyrenees region, halfway between the Atlantic and the Mediterranean. It certainly wasn’t a downgrade and over the next four years, Kolbe would win everything on offer in France from the Top 14 to the highly coveted Champions Cup. The diminutive winger also backed that up on the international stage as South Africa won the World Cup, the Rugby Championship, and most recently, a famous series win against the British and Irish Lions.

It was a sensational time for Kolbe but astonishingly, more of that success is predicted with South Africa who are amongst the favorites to win the next Rugby World Cup in 2023 in the latest rugby union betting. Needless to say, Kolbe is the driving force behind those odds. Indeed, the Capetonian has proved himself to be the most dynamic player in the world which is why, in August 2021, he became the most expensive signing in rugby history after agreeing on a move to Toulon in the South of France.

This try, in the Rugby World Cup final, was sensational from Cheslin Kolbe. pic.twitter.com/DXZFGG3DTz

That’s right, from Cape Town to Toulouse and most recently Toulon, Kolbe will now call the historical city in the Provence-Alpes-Côte d’Azur region his home. You may ask where Kolbe could possibly go from here in terms of bettering the places that his extraordinary career has taken him? Like you, we don’t know either and can only marvel at the life this once-in-a-generation talent has lived so far.